What do bicycles, toilet paper, hand sanitizer, refrigerators and kayaks have in common? They’ve all been in short supply at times during the COVID-19 pandemic.

The past year’s global health crisis has led to unprecedented changes in supply and demand. Production shutdowns sent the price of lumber sky-high. Months spent quarantining led homeowners to spend more time outdoors, some taking on more DIY renovation projects. And fear of the unknown led to hoarding and stockpiling.

And the auto industry has been one of the hardest hit.

Why are computer chips putting the brakes on new car production? Keep reading to find out.

What is a semiconductor chip?

A semiconductor chip, also called a microchip, serves as the “brain” of modern electronics. Manufactured from silicon, these highly engineered components are essentially a type of electric circuit. They include a series of transistors that function as tiny switches to control the flow of electrons.

Microchips can differ greatly in their complexity. For example, most credit cards feature a very basic chip as an added security measure. High-end computer processors, on the other hand, are incredibly complex. Today, these chips are used in nearly everything, from cars and smartphones to refrigerators and electric toothbrushes.

They’re extremely small, too (hence the name microchip). According to Intel, a leader in chip manufacturing, a single chip transistor is about 10,000 times smaller than a human hair! And to build a modern processor, billions of transistors are packed into an area about the size of a fingernail.

Why is there a chip shortage in the auto industry?

There are a few reasons why this shortage of microchips is hitting automakers particularly hard.

In hindsight, this move was shortsighted. Demand for new cars did indeed drop – but only temporarily. By the time automakers realized that Americans still wanted to buy new vehicles, chip manufacturers had already taken on work from other companies to replace their cancelled orders. That leads to our next question…

Building semiconductor chips is an extremely complex, expensive and time-consuming process. For that reason, there are only a handful of chip manufacturers in the world. And all of those manufacturers are currently operating at full capacity.

Adding new manufacturing facilities, also called foundries, takes years of planning and billions of dollars in investment. And even if these foundries had the capacity to build new chips, the process of doing so takes time.

According to the Semiconductor Industry Association, it takes about 12 weeks to manufacture an average semiconductor (advanced chips can take up to 20 weeks to build!). Add in time to ramp up production and transport the finished product, and it’s estimated that the lead time for a new chip order is about six months.

How is the chip shortage affecting car prices?

Over the past year, this shortage of semiconductor chips has directly translated to a shortage of new vehicles on car lots. Many automakers have shut down production due to a lack of chips. It’s even been reported that Ford has filled parking lots across Detroit with nearly completed F-150 trucks, awaiting chip installation before they can be shipped to dealers.

A shortage of inventory means new cars are not only hard to find – but they’re also selling at (or above) the manufacturer’s suggested retail price (MSRP). This has left many car shoppers turning to the used car market, where higher prices also abound.

(Related: Is It Better to Buy a New or Used Car?)

So if you’re in the market for a new or used car, expect to pay more than ever. The only silver lining: Used car trade-in prices are also hitting record highs. (Looking for trade-in advice? Learn what to know before trading in your car.)

How long will the chip shortage last?

No one can predict exactly how soon the semiconductor chip shortage will end. But experts seem to agree that it’s not happening anytime soon.

Some auto executives are estimating production will not return to pre-pandemic levels until 2023. And chipmakers have said it could take upwards of a year or two for chip production to meet current demand.

Meanwhile, the shortage has drawn the attention of the White House, which announced plans to invest $50 billion in semiconductor manufacturing and research. But this federal aid will do more to prevent future shortages than solve the current one.

Whether new or used, buying a car is a big investment. That’s why it matters to know what you’re getting with your auto insurance – and to buy through a company you can trust.

Remember that a brand-new car depreciates the moment you drive it off the lot. So if your car gets totaled, you could be in a tough spot if the actual cash value of your car is less than what you still owe on your car loan.

Protect your investment with the Auto Security Coverage Endorsement* from Erie Insurance. Your agent can add it to your ERIE auto policy for a few extra dollars per month. Buying a used car? The endorsement also offers “better vehicle replacement” – so if yours gets totaled, we’ll cover the cost to replace it with a same or similar make of vehicle up to two model years newer with up to 30,000 fewer miles.

Learn more about car insurance from ERIE or talk to your local agent for a personalized quote.

*Vehicle is considered new when less than two years old. Eligible vehicles must carry both comprehensive and collision coverage and replacement value must be based on a comparable model. The endorsement is sold on a per-vehicle basis, not per policy, and contains the specific details of the coverages, terms, conditions and exclusions. Please note that New Vehicle Replacement and Better Vehicle Replacement do not apply to leased vehicles; only the Auto Lease/Loan Security Protection applies to leased vehicles. Coverage is not available in all states. Not available in NY and NC. Insurance products are subject to terms, conditions and exclusions not described here. Ask your ERIE agent for details.

Haven’t heard of us? Erie Insurance started with humble beginnings in 1925 with a mission to emphasize customer service above all else. Though we’ve grown to reach the Fortune 500 list, we still haven’t lost the human touch.

Contact Maseychik Associates Insurance today to experience the ERIE difference for yourself. 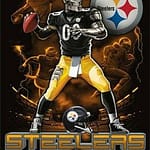